You are here: Home / General / $4M Stolen From Australians in Remote Access Scams

So far this year, more than $4.4 million has reportedly been stolen from Australians in a large number of remote access scams. More than 8,000 scammers have been reported to the Australian Competition and Consumer Commission (ACCC), after attempts to gain access to victims’ computers. So far this year, losses have already surpassed those for the whole of 2017, according to ACCC deputy Delia Rickard. 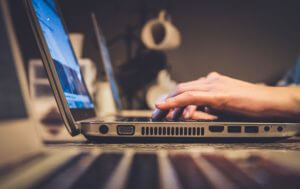 The scammers attempt to gain access to the computers of victims by cold-calling and impersonating well-known businesses. The callers pose as tech support personnel in an attempt to scam money from victims by “fixing” their computers, often by falsely claiming that the victim’s computer is infected with malicious viruses. The scammers ask for, or fraudulently access, the victim’s credit card or banking details, after which a large amount of money is charged or taken.

This form of scam has become very common among those who are not familiar with computers, such as the aged community, who are easily duped into thinking that there is a problem with their computer. The scammers will continuously call Australian numbers from offshore call centres until they happen across an unknowing victim who will fall for their malicious scheme.

The scammer can become aggressive and persistent if they feel that they are ‘losing’ the victim. The scammer will request that they have remote access to the victim’s computer, where they will often show that there are several ‘problems’ with the system, usually through the Microsoft Windows ‘Event Viewer’ program which almost always displays some type of error, even in a perfectly functioning system. The tactics used by scammers have become increasingly convincing to the victim, often threatening legal action if they report the scammer after they have been scammed, leaving the victim feeling helpless.

Scams such as these have become such a problem that Google has decided to axe all tech support provider ads from their platforms. The company has stated that it has become too difficult to tell the legitimate providers from the fraudulent ones. Last year, Google allegedly took down over 3.2 billion­­ ­ads that violated its policies, more than 100 ads per second.

In March this year, the United States FBI’s Internet Crime Complaint Center reported that the number of tech support scams increased by 86% between 2016 and 2017.

The scams have evolved from attempting to extort money from victims for fixing non-existent problems, to installing ransomware on victims’ computers which encrypt user files and demand money, usually in the form of cryptocurrency in return for the decryption key to their locked files.

Any unsolicited call from tech support personnel claiming they represent Telstra, Microsoft, NBN Co, or any other large tech company asking for access to your computer is a scam. Do not proceed with the call. Hang up immediately.