On Sundays, the usual Channel Nine weekend morning show “Weekend Today” would air on free-to-air television, ensuring Australians get their weekend news updates about current affairs, politics and local stories. However, on Sunday 28th March, Channel Nine was hit by a “sophisticated” cyber-attack, according to Nine News Chief Information Officer Damian Cronan. This attack affected the broadcast of several morning shows, as well as the channel’s website. 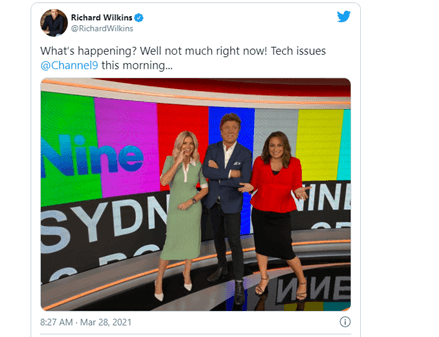 These types of attacks have become a regular occurrence within Australia, as the country sees a trend of increased cyber-attacks and vulnerabilities within both the public and private sectors. The question this raises is how to address this vulnerability, and the cyber hygiene practices of media companies?

Also on the same day, the Australian Parliament experienced an attempted cyber-attack, which resulted in the resetting of the network’s user access. The system disruptions left parliamentary staff without mobile access to their emails over the weekend. The attempted hack did not yield information or proof that the data was altered, extracted or deleted. There was also no proof of disruption or influence in the electoral process. Both attacks may have been a product of another state’s agenda, most likely China, Iran, Russia or North Korea, which experts believe could be related to certain political tensions.

When systems are not patched or protected against a “known” attack code, they could be compromised, as can be seen in these cases.

Contact us at Agilient for up-to-date security and industry standards services to keep your organisation secure.