Three Ways To Protect Against Ransomware

You are here: Home / Security News / Three Ways To Protect Against Ransomware

A security perspectives article brought to you by Agilient partner, Unisys.

There have been a number of ransomware attacks on Australian businesses lately such as Toll Holdings and Service NSW. Awareness of this threat is increasing, but many organisations are still in the dark about what it is and how to protect themselves against it. 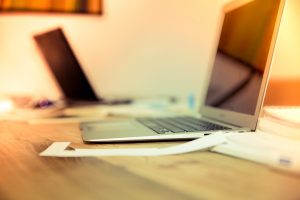 What Is Ransomware and How Does It Work?

Ransomware is a class of malware which restricts access to the computer system that it infects, and demands a ransom paid to the creator of the malware in order for the restriction to be removed. Some forms of ransomware encrypt files on the system’s hard drive, while others simply lock the system and display messages intended to coax the user into paying. Ransomware typically propagates like a conventional computer worm, entering a system through, for example, a downloaded file (usually sent via a link in an email) or a vulnerability in a network or operating system service.

Two styles of ‘ransomware attacks’ have emerged. The first may be the more likely of the two to strike, but it is also potentially less debilitating. This version simply locks the victim’s screen. The second style of ransomware is a more targeted attack, and actually encrypts files on the target computer.

In the first type, criminals typically use an official looking logo to intimidate the victim (such as a local law enforcement agency or a government department) and simply lock their victim’s screen so they cannot access their computer until a payment is made. It is a broad-brush approach, distributed en masse with the hope that a portion of victims will pay the ‘fine’ or ransom demanded on the locked screen. This scenario does not typically encrypt any files on the victim’s computer (although early examples may have) and is more often just a form of malware, for which most security vendors have tools to assist.

The second type of ransomware is a more targeted and challenging concern. In this scenario, cyber criminals target a particular victim, typically a business or an organisation. The targeted computers are actually hacked, and files on the computer encrypted. Without payment, files are inaccessible.

To understand how to protect against ransomware attacks, you must first understand how they work and propagate. Attacks like these usually start with a phishing email to users. Once a user clicks on a malicious link in the email or opens a malicious attachment, malware is downloaded to their machines. An example of this is WannaCry, where the malware spread laterally in the network using a Windows vulnerability that was patched two months before WannaCry was released in the wild. After that, the process is simple – the malware infects a computer, locking users out of the system (usually by encrypting the data on the hard drive), and then holds the decryption or other release key ransom until the victim pays a fee, usually in bitcoin.

Steps to Protect Yourself and Your Organisation

Here are some simple steps that can be taken to minimise the damage.

Focus on the Basics

To truly protect yourself from ransomware attacks, it is important to understand the stages of the attack and how can you apply controls at each stage to protect yourself. Here is the typical attack methodology:

Let’s look at how we can implement controls that help stop this type of attack.

Controls within a cybersecurity context generally falls into four categories: 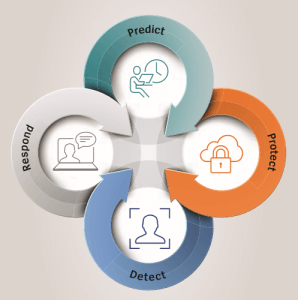 Now comes the important part – we need to look at all the steps in the attack methodology and apply controls for each category of control for each step to help stop the attack. The simplest way of doing this is in a table whereby you map existing controls against each category of controls that protect against the relevant attack phase. Any gaps should be addressed urgently. As you do this gap analysis, do not forget controls for people and processes, physical security, disaster recovery and third parties. Mapping your controls to an adversary’s attack methodology, is the best way to stop the attack.

The advice so far has been purely tactical. Threats will evolve and get worse. The only way to truly protect yourself is to conduct a robust risk analysis of your environment using standards such as ISO 27001, NIST, ISM, etc. and address the issues that are found. Start with a simple health check. Understand your vulnerabilities and address them methodically. Moreover, once you are done, rinse and repeat! The threat landscape and your environment will constantly change and evolve. In order to stay on top of new and emerging threats, you have to stay ever vigilant and reassess your risks regularly.

In addition, engage in intelligence-led security. This is having relevant intelligence about threats and vulnerabilities related to your environment and protecting yourself against them. Many organisations provide very useful threat information from sources including the open, deep and dark web. Importing this information along with your vulnerability information into your Security Information and Event Management (SIEM) tool will allow you to detect threats faster and much more accurately. This process will greatly enhance your capability to pick up Indicators of Compromise, the investigation of which can prevent or minimise damage. Use of tools that allow quick isolation of endpoints upon detection of a security incident will greatly reduce the chances of east west spread of ransomware as well as ease the burden on your security operations centre.

The traditional risk analysis approach looks at strategies from the inside out as you are primarily focused on control gaps inside your organisation. The intelligence-led approach looks at strategies from the outside in (from the attacker’s perspective). The combination of these two approaches can truly give you a well-rounded perspective to risks and threats affecting your organisation. It is critical to ensure that whatever methodology or tool is used, it must take into account threats and vulnerabilities to give you a true picture of likelihood. Further, this information needs to be made available in near real-time so that Boards and Executives are fully informed of the organisation’s risk posture and can make informed decisions. Providing a clear idea on the value of risk mitigated based on previous breach costs within your industry will allow Boards and Executives to better understand the value of requested cybersecurity investments and will make obtaining funding easier.

As the threat landscape evolves, it is important to take some simple and practical steps to protect yourself. The steps outlined above can restrict the impact of ransomware.