In an incident last year, Toyota’s Australian office reported an attempted cyber-attack, but advised they did not believe any private customer or employee data was accessed. A month later, the Toyota Head Office in Japan reported a security breach which involved unauthorized access to a server connected to the company’s network. Personal records of 3.1 million people were potentially compromised in the breach. There were also Toyota cyber-attacks reported in Thailand and Vietnam ten days before the Head Office release, although details on these attacks are scarce. 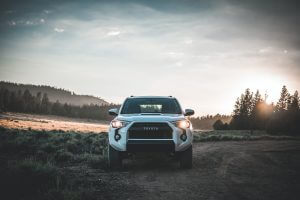 A persistent threat group known as OceanLotus or APT32 group is considered responsible for the Toyota cyber-attacks. APT32 is known for using sophisticated attacks and writing their own exploits. It is suspected that APT32 used the Australian attack as a foothold into Toyota’s infrastructure in order to reach the Head Office in Japan. Toyota declined to comment on this theory and refused to attribute the Australian attack to APT32.

Branch offices are usually part of a “trusted” internal network of a large company like Toyota, and are trusted insiders. It is also usually the case that branch offices hold less sensitive information and therefore have less investment in security controls. This may result in less stringent cybersecurity practices.

This was further mentioned in the recent webinar run by Agilient’s partner, Unisys. Jack Koons, Chief Cybersecurity Strategist at Unisys, referenced a recent attack that compromised an Australian executive’s email in order to defraud funds from US headquarters.

And it is not just overseas headquarters that may be threatened by this model. Branch offices within regional or state capitals in Australia can become complacent, and often staff are poorly trained in how to detect and handle cybersecurity or social engineering techniques, compared to head office staff.

Agilient has experienced consultants available to review cybersecurity measures within your organisation, along with providing ongoing security awareness training and security posture assessments.