Security information and event management (SIEM) gives enterprise security professionals insight into the activities within their IT environment. 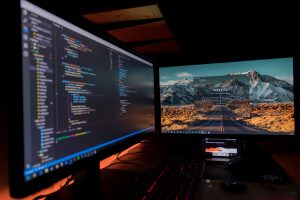 By definition and according to CSO Online, SIEM technology has been in existence for more than a decade, initially evolving from the log management discipline.

Cybersecurity Insiders has published the 2020 SIEM Report, which gives further insight into how SIEM software is used.  According to the survey, 82% of professionals feel SIEM improves detection and remediation of cyber-threats. Further, 75% of those surveyed feel that SIEM is important or extremely important to the security of their organisation.

In addition, 74% of these same professionals reported that using SIEM reduced security breaches within their organisations, with 75% confirming that SIEM improved their ability to detect threats.

SIEM systems can be deployed in-house, as a managed service, or as a hybrid of on-premise and SaaS components, which is rising in popularity.

Survey results indidate that SIEM can also provide additional benefits to organisations, including:

SIEM provides these benefits by collecting information from devices across the organisation and correlating activities to form events. SIEM systems can be configured to detect simple automated brute force attacks shown by too many failed logins attempts, right through to complex events highlighting sophisticated intrusion attempts, thus making SIEM a significant element of an organisation’s cybersecurity battlements.