The Latest on the COVID-19 Data Tracing App

You are here: Home / Security News / The Latest on the COVID-19 Data Tracing App

What is a data tracing app?

The data tracing app collects data that will allow people who were near a person who later tests positive to Coronavirus to be easily traced and contacted. This allows them to advise that they may be infectious and to seek medical advice.

The app is based on the Singapore Government’s Digital Services Agency’s app, TraceTogether, which uses a technical protocol called BlueTrace to enable global interoperability. 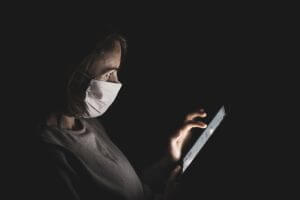 Why do we need it?

How will it work?

The data tracing app uses short-distance Bluetooth signals to connect one phone using the app with another within approx. 1.5m for approx. 15 minutes. The phones swap an encrypted package containing the mobile number, name, age and postcode of the person, which is then stored on each phone for 21 days.

If a data tracing app user later tests positive to the virus, the stored data would be decrypted to allow authorised state health personnel to contact the people that they interacted with (who also used the tracing app) during the period they may have been infectious.

An arbitrary 40% take up has been proposed by Australian Government officials, however this will not be mandated. It is unclear whether a minimum take up is required to deliver anticipated benefits.

What are the concerns?

Although the COVID-19 data tracing app is a sensible public health initiative, it is likely that robust legislative safeguards will need to be in place before it is widely adopted. Clarity regarding data privacy regulations, data sharing, retention and disposal are reasonable minimum requirements.

Contact us if you need any further details on the implications of the app for your business, or assistance with your cybersecurity.