You are here: Home / General / Zoom Responds to Cybersecurity Complaints

The number of people using Zoom has skyrocketed since the COVID-19 pandemic-related shift to remote working.  Despite being designed primarily for business communications, Zoom is now also used for virtual education, telehealth and online social gatherings. 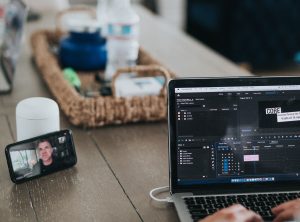 The significant increase in the use of Zoom’s video conferencing software has also exposed the magnitude of its security vulnerabilities. Recently, Zoom’s data privacy and security practices have attracted significant media attention and scrutiny from the office of the New York Attorney General, other state regulators and the FBI.

Amid security and confidentiality concerns, organisations such as SpaceX, NASA and the Australian Defence Force have ceased using Zoom.

Zoom has responded by:

Our expert security consultants are available to ensure that your organisation is appropriately protected from cyber threats. Contact us today to find out how we can assist you.