Understanding The Race To Launch 5G

You are here: Home / Security News / Understanding The Race To Launch 5G

There is a race occurring around the world that will have widespread implications for individuals, business and governments alike (and no, we’re not talking about the Melbourne Cup). It is something that most people know about, but not many understand or are prepared for. It’s the race to build, test and launch the fifth generation network – more commonly known as 5G – and make it available to every person in Australia. It is a disruptor, game changing and cutting-edge, but Australia could be falling behind. 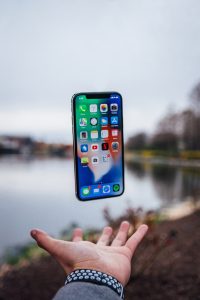 The 5G network represents the next generation of mobile wireless communications that promises greater speed, increased stability, higher capacity and the ability to connect to more devices at once. It is expected to support high levels of innovation including smart cities, self-driving cars and machine-to-machine communications. It is clear that the development of 5G networks across the globe will contribute to a whole new ecosystem for every industry, from retail and entertainment to manufacturing and logistics. Which is why the choices Australia makes right now will determine what we will be capable of and how we use technology. It will impact our global business presence, economy and more in the near future.

However, the development of 5G has become intertwined with politics between government and big business, and this could have profound impacts on Australia’s rollout of 5G.

Last year, Australia prevented Chinese telco Huawei from helping to build our 5G network due to fears of Chinese interference. This was no small decision considering that Huawei, the world’s biggest telecommunications manufacturer, is not only leading the 5G race but has also been embedded in Australia’s existing 3G and 4G services since 2004. Indeed, soon after the announcement, Australian telco TPG ceased the rollout of its own 4G network, stating that there is “no credible case” for the company to resume its rollout without Huawei.

However, the ban on Huawei hasn’t stopped it from ploughing ahead with its 5G plans with immense speed. The telco giant announced in March this year that it had been awarded over fifty 5G commercial contracts globally from across Europe, Asia Pacific, Africa and the Middle East, and is now well ahead of its closest competitors, Ericsson and Nokia.

Looking more broadly, it’s clear to see that Australia’s progress on implementing 5G is stalling. In South Korea, local carriers have signed up over 3.5 million 5G subscribers in under 6 months, while the Swiss telco known as Sunrise has launched a 5G network across 262 towns and cities across the country, and Elisa in Finland launched a 5G network in June. Other national telcos are also in the final stages of launching their new networks: in Spain, Telefonica has entered into partnerships to deploy 5G, and the French telecom group Orange is expecting customers to be able to test the first 5G devices very soon.

However, locking out certain vendors from the market isn’t the only issue Australian telecommunications companies are facing. Tension between front-runner telcos and alleged disinformation campaigns, amongst other things, have frustrated the 5G plans for these companies. In May this year, the ACCC blocked TPG and Vodafone from merging, which has halted progress and led to a series of quarrels between the companies and their competitors, Optus and Telstra. Meanwhile, TPG has claimed that its 5G plans were scrapped due to community fears surrounding the health impact of the technology; unfounded fears that the company claims stem from disinformation campaigns spread throughout social media.

The halting pace of Australia’s 5G network development could have profound implications. Companies, policymakers and experts agree that 5G will underpin the digital economy and ecosystem of the future, meaning countries that are lagging will suffer and be stuck at the limits of 4G technology. Meanwhile, while 5G seems to be a distant reality for Australians, businesses are failing to prepare themselves for this future. Indeed, a recent study showed that only 15% of business decision-makers are thinking about how they can utilise 5G technology.

However, it’s not too late for Australia to catch up, and there are positive signs that this may happen. For example, the Federal Government recently announced plans to auction off the first wave of new 5G spectrum in 2021, which means that “the Australian telecommunications industry can do what it does best – provide world-class telecommunications services for consumers, small businesses and enterprises”, according to Communications Minister Paul Fletcher.

However, for a business, when it comes to 5G it doesn’t really matter where you are; the technology it creates will come to you. Whether it be through global competitors, consumers or markets, it’s critical to be prepared for 5G, to understand the implications, the risks and the opportunities and to be able to harness this to the fullest extent. This is where expert consultants like Agilient come in – we specialise in understanding your business and your long-term plans, and use this information to provide a range of services that will help create a strong and secure future. Contact Agilient today to see how we can help you be part of the 5G world.