The Australian Signals Directorate (ASD) has recently released their annual report covering 2018-2019. The report covers a cyber breach described as a “malicious intrusion” on government networks that included the Australian Parliament House and major political parties including Liberal, Labor and The Nationals. 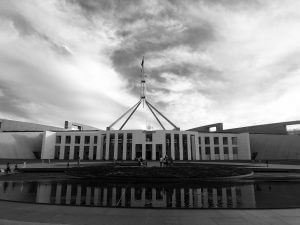 The attempted cyber breach occurred in early February 2019, with government agencies describing the level of sophistication as “unprecedented”. However, despite many media reports that China was behind the cyber-attack on parliament systems, the government has never publicly confirmed who was behind the attack.

With the attempted cyber breach on Parliament and political parties ahead of Australia’s upcoming 2019 national election, it was suggested by Danielle Cave, Deputy Head of the Australian Strategic Policy Institute’s International Cyber Policy Centre, that the intent of this attack may have been to collect valuable election intelligence. However, there was no evidence suggesting that this breach attempt was focused on the parliamentary election purposes or potential election interference.

While the intrusion was widespread, it was caught early. The Department of Parliament Services had implemented security practices that helped to identify and restrict the extent of the compromise, minimising the potential impact. The House Speaker Tony Smith and Senate President Scott Ryan issued a joint statement immediately after the cyber-attack on Parliament, saying there was no evidence that any data had been accessed or taken, with all passwords reset out of “an abundance of caution”. Prime Minister Scott Morrison said the government had “put in place a number of measures to ensure the integrity of our electoral system”, helping to identify and restrict the extent of the compromise and minimising the potential impact.

Bill Shorten was the first politician to be publicly asked about the attempted breach and described the incident as a “wake up call”. Following the Parliament hack, the Australian Cyber Security Centre (ACSC) activated a national response working with federal, state and territory governments to “rapidly share threat intelligence as well as techniques, tactics and procedures used by the actor”. The ACSC worked actively with public and private sector organisations to strengthen cybersecurity arrangements and build resilience.

During Bill Shorten’s address regarding the attempted cyber breach, he stressed the available recourses and support that the government has when it comes to cybersecurity, and the extent necessary to restore the integrity of the system. However, is the government is doing enough to help support and protect small and medium Australian businesses and the rest of Australia?

The Prime Minster Scott Morrison stressed the “methods used by illicit actors are constantly evolving, and this incident reinforces yet again the importance of cyber security as a fundamental part of every business”.

Here at Agilient, we can offer you the security you need in order to help protect and support your business. Agilient’s consultants are experts in cybersecurity strategy and policy, tailoring and managing each client’s unique cybersecurity needs. Contact us today.