The New Wave of Aviation Security Technology Arriving at Airports

You are here: Home / Security News / The New Wave of Aviation Security Technology Arriving at Airports

Airports across the globe are struggling to balance rapidly rising passenger numbers, demands for enhanced travel experiences and the imperative to take security seriously. And while the commercial aviation industry has been moving along slowly for some time, patterns are beginning to shift towards rapid innovation and change. 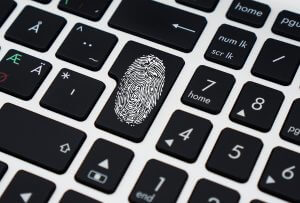 Present trends in air transport suggest that passenger numbers may double to 8.2 billion by 2037 according to the International Air Transport Association (IATA). Meanwhile, government-funded programs such as the Future Aviation Security Solutions (FASS) have dedicated £25.5 million in funding for the next 5 years in order to provide new aviation security solutions for the commercial market.

What’s On The Horizon For Aviation Security?

Driving this change is a series of technological inventions designed to enhance the customer experience, decrease waiting times and improve aviation security. In January this year, the Future Aviation Security Solutions Showcase Event revealed a number of technologies designed to speed up and enhance airport security checks, including a shoe scanner – developed by UK company Scanna – that detects explosives hidden in shoes while people are queuing.

Another company known as Sequestim is developing a new technology that fuses artificial intelligence (AI) with body scanners, enabling passengers to pass through while holding their belongings, as the system is able to ‘learn’ what is normal and what isn’t in order to flag suspicious items.

Also utilising AI is a group of researchers from Durham University, who are aiming to eliminate the need for passengers to remove electronics and liquids from their carry-on bags during aviation security checks. Once again the AI system can read images from X-ray scanners and then identify anything it thinks is suspicious. Just this month, Melbourne Airport rolled out new computerised tomography scanners that have been shown to cut the time passengers spend in security down to about 60 seconds.

However, the most talked-about emerging aviation security technology in the industry is biometrics. According to information technology company SITA, 63 percent of airports and 43 percent of airlines are planning to invest in biometric ID management solutions within the next three years. The report explains that the good news for airlines, airports and government agencies is that “passengers are happy to use biometrics” because the technology has become “increasingly commonplace in people’s lives”.

Not only that, but biometric technology is being hailed as the solution to reducing wait times, as well as a variety of aviation security issues including foreign terrorism and identity theft. Indeed, US Customs and Border Protection (CBP) plans to fully implement its Biometric Exit program to cover around 97 percent of departing commercial air passengers within four years. In order to do so, CBP has partnered with airports and airlines to develop and utilise biometric exit data. They are utilizing cameras, supplied by the airports and airlines, that are integrated with the centralised biometric solution.

In July last year, Qantas partnered with Sydney Airport to test a ‘couch to gate’ biometrics system that uses facial recognition to identify passengers enrolled in the system during their journey through the airport, and in March 2017 Brisbane Airport was the first airport in Australia to trial SITA’s facial recognition technology, ‘SmartPath’.

What’s The Fuss About?

While there is little doubt that biometric systems will improve the international travel experience, there are concerns that the technology is being developed and rolled out too quickly and without proper systems design, effective regulatory oversight or proven reliability and legitimacy.

A 2018 report by the Non-Profit Organisation known as Big Brother Watch summarises the group’s findings from an extensive freedom of information-based investigation. It was revealed that the UK’s Metropolitan Police had less than 2 percent accuracy of its’ automated facial recognition matches, with over 98 percent of matches wrongly identifying innocent members of the public. This was closely followed by the South Wales Police, where 91 percent of matches incorrectly identified innocent members of the public.

Additionally, in February this year, a Chinese company that operates facial recognition systems left a database unprotected for months and exposed the personal information of 2.5 million people, including their names, ID card numbers, birth dates and location data. The implications of a security failure of this magnitude for airports or airlines holding passenger biometric data is alarming to say the least.

With stories like these, it’s clear to see why many are calling for better governance and regulation around biometric technology, along with proof of effective and secure data security policies from airlines and airports, as well as systems to protect passengers from false alerts. Unfortunately, there has already been a demonstrable lack in these areas. For example, the CBP has been largely quiet on whether there are guidelines for how third-party companies involved in the processing of biometric data could use it. Essentially, the concerns that governments and companies may rush to roll out these systems without proper testing, vetting and safeguarding are well-founded.

In a perfect world, the organisations involved in the emerging technology of biometrics – and aviation security in general – will undertake responsible and thorough evaluations of the threat environment in which they are operating. They would then implement effective security strategies that will assist in predicting, responding to and mitigating these threats. However, conducting this type of assessment and developing a strong security plan is no small task. Expert consultants like Agilient specialise in and truly understand the aviation industry and its intricacies. Contact us today to see how we can enhance your security and add value to your business.