Inside the Historic ANU Breach

You are here: Home / Security News / Inside the Historic ANU Breach

In an admirable move, the Australian National University (ANU) has released a report outlining the details of the sophisticated cyber-attack that wreaked havoc amongst the University in November last year. 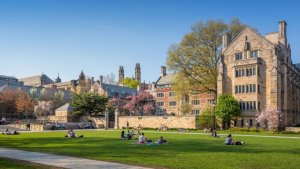 The breach, which saw the attackers set up camp within the system for at least 6 weeks, was conducted by incredibly adept hackers who were able to meticulously cover their tracks and disguise their tools, motives and identities.

In early November 2018 a phishing email was sent to a senior ANU staff member, designed as an “interaction-less” attack, meaning a simple preview of the email was enough to steal login credentials and open the first door for the hackers. The hackers then infiltrated the ANU computer network known as “attack station one”, gaining access to staff emails, phone numbers and titles and enabling them to create convincing emails due to the level of understanding the hackers now had of the types of emails staff were exchanging.

This led them to the pot of gold – the Enterprise Systems Domain (ESD). This contained finance, human resources and student administration databases, tax file numbers, student academic records, personal details and more. It is still unclear how much of this data was stolen, although recent forensic analysis has shown that it was less than the 19 years’ worth of data that was on offer.

The intrusion was finally detected in April this year during a baseline threat hunting exercise, although the attack had effectively been thwarted in December by the University’s planned system maintenance. The attackers repeatedly attempted to regain access over the next few months, even after ANU had announced the data breach.

Profile of the Attackers

In their report, ANU highlighted the unprecedented determination and ability of the attackers, their tactics and their procedures. They were not only incredibly efficient and precise, but also able to evolve their techniques during the campaign, use customised malware, meticulously cover their tracks and demonstrate incredible operational security. While this level of attack may seem extraordinary now, when one considers the astonishing speed in which cyber-attacks are evolving it is more than likely that threat actors and techniques such as these will proliferate and become commonplace.

It is a harsh reality and a tough lesson learned by ANU, who have in response demonstrated their desire for others to learn from their mistakes. The University admitted that, although it was in the midst of hardening its cybersecurity, more should have been done. The report highlighted various security measures and protocols that, had they been implemented sooner or more thoroughly, could have prevented or mitigated this disastrous attack. Most notably, these recommendations include:

Apart from obvious technical measures such as these, ANU has recognised the wider organisational issue where security is systematically misunderstood and undervalued. Essentially, in order to be truly effective, the implementation of security measures must involve a corresponding organisational shift in security culture. To this effect, ANU has promised to focus on the modernisation of its IT and security infrastructure, and to zone in on its security culture and awareness amongst students, staff and researchers.

The report’s investigations and recommendations have been passed on to a University Foreign Interference Taskforce that was established in August. However, the report must also be viewed as yet another reminder for any institution across any industry to take cybersecurity seriously and proactively. As the ANU Vice-Chancellor Professor Brian Schmidt puts it, “we are certainly not alone, and many organisations will already have been hacked, perhaps without their knowledge. I hope this report will help them protect themselves, their data and their communities”.

This underpins Agilient’s appreciation of the need to understand, prioritise, tailor and manage each client’s unique cybersecurity needs, not only considering their current risk appetite and threat environment, but also planning for the cyber challenges of tomorrow.