Delivery Drones: Can They Deliver on Security?

You are here: Home / Security News / Delivery Drones: Can They Deliver on Security?

The Civil Aviation Safety Authority (CASA) has recently given the green light to commercial drone deliveries in Australia with drone start-up company Wing. However, considering the under-developed policies around the industry as well as the significant momentum from drone companies such as Amazon and Google, the question arises as to how effective this new service will be. 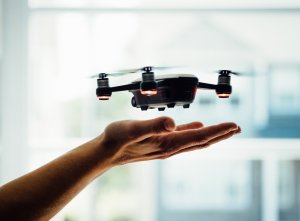 In April this year, drone delivery company Wing launched the first public drone delivery service in Australia after being granted authority by CASA. Starting with around 100 homes in Canberra suburbs including Franklin and Palmerston, Wing plans to quickly expand to more suburbs across Gungahlin. Soon after, approval was also granted to operate drone deliveries across Logan in Queensland, after an 18 month trial involving 3,000 deliveries.

Wing is now able to partner with businesses in order to deliver items including food and drinks, medications, hardware and recreational supplies to customers within a 10 km radius from a base station, dropping off the supplies to a designated delivery zone such as a yard or driveway. The regulation prevents drones from flying over main roads and outside the hours of 7am to 8pm Monday to Friday.

Interestingly, Wing was also recently granted approval from the US Federal Aviation Administration (FAA), after fulfilling a lengthy and complicated process of developing safety manuals, rules and training routines akin to those required by a traditional airline.

While drone delivery technology appears to be developing swiftly, it has been around for some time. In 2016, convenience store 7-Eleven teamed up with drone maker Flirtey to launch the first regular commercial drone delivery service operating in the US. Since 2017, Swiss Post has made around 3,000 deliveries across three cities using Matternet drones, and in August 2017 Icelandic retailer Aha partnered with Flytrex to deliver items across Reykjavik, turning a 20 minute drive into a 4 minute delivery. A recent expansion of this system has been given the green light by the Icelandic Transport Authority, giving approval for the drones to fly up to 700 meters from their standard path to make deliveries.

Businesses and regulators are opening their eyes to this intriguing and lucrative market. For example, in November 2018 the International Organisation for Standardization (ISO) released a draft of the first International Drone Standards, calling for policies including no-fly zones around sensitive locations, geo-fencing technology, flight logging, training and maintenance requirements and mandatory fail-safe human intervention systems.

However, research company Gartner has predicted that delivery drones will not break into the commercial market any time soon. In a 2017 report, Gartner explains that while the drones tend to capture media attention, they “will not be a major factor for several years” as “the return on investment has not been proven”. Expecting the service to amount to less that 1% of the commercial market by 2020, Gartner suggests instead that “delivery drones will begin finding a niche in business-to-business applications first”.

Nevertheless, drone delivery companies are still pushing ahead with ambitious plans. The aforementioned start-up Flirtey has recently launched a new commercial drone complete with a portable launch portal and FAA-approved autonomous software that allows a single operator to oversee ten drones at once. The company hopes to launch this system nationwide by 2020, after obtaining waivers to operate routine home delivery and to fly the drones over people.

Similarly, back in 2015 Amazon applied for a patent to transform its delivery drones into dual-use home surveillance drones; the patent was eventually granted in June this year. Amidst wide-spread confusion and backlash at this concept, Amazon has explained that it would be an “opt-in service available to customers who authorize monitoring of their home”, designed only to view specific homes whilst maintaining the privacy of other properties. According to the company, these surveillance drones would be able to check customer’s homes for open doors, broken windows, graffiti and other incidents such as fires and then alert the customer.

However, the industry has a long way to go before it is acceptably safe. Just recently, the Swiss drone delivery program was indefinitely suspended after a vehicle crashed 50 yards from a group of children, with all emergency landing systems failing. Additionally, a demonstration in 2017 showed how simple it was to gain complete control of a consumer drone by hacking into a common vulnerability. Back in 2014, security firm SensePost unveiled their ‘Snoopy Drone’, which was capable of stealing data from mobile phones across a large area and with minimal barriers. Developer Glenn Wilkinson explained that there is nothing new about the data-stealing software, rather the concern is that the Snoopy Drone “brings a lot of the technology together in a unique way”.

There is also the issue of privacy. Since 2014 in the UK alone the number of reports to police regarding drone activity has increased twelvefold, with complaints ranging from neighbours prying or criminals conducting reconnaissance on homes, to drones being used to smuggle contraband into prisons and close calls with commercial planes. The numbers are similar in New Zealand, where 696 complaints have been made against Remotely Piloted Aircraft Systems (RPAS) since 2013. However, only 3.8% of these complaints have resulted in enforcement action being taken; eleven warning letters, fifteen infringement notices and one prosecution.

These statistics and stories are a small representation of a larger issue with drones: the continued lack of regulation, understanding and security functions within the industry. However, it is critical to realise that, as drone delivery becomes more sophisticated, regulators will respond accordingly, and businesses must be ready to evolve with the technology and its policies.

The use of drone delivery will have an impact on many industries’ risk environment, either directly or indirectly. The continued demand and utility of drones will drive innovation and lead to enhanced versatility, as well as increased disruptions and incidents. Whether you need to integrate aviation security into your Security Plan, or wish to securely and effectively leverage commercial drone technology, Agilient’s expert security consultants can help you. Contact Agilient today to see how we can enhance your security and add value to your business.