Counter-Terrorism: A Snapshot of Australia’s Threats and Responses

You are here: Home / Security News / Counter-Terrorism: A Snapshot of Australia’s Threats and Responses

Since September 2014, Australian Police and security agencies have disrupted at least 16 terrorist plots, resulting in the arrest of over 40 people and the thwarting of nine attacks in our country. In a recent interview Duncan Lewis, the Director-General of the Australian Security Intelligence Organisation (ASIO), warned that, while the threat from terrorism in Australia has plateaued, it was unacceptably high to begin with. 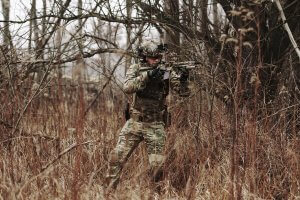 Australia has been a legitimate target of terrorism for some time, from people who wish to do us harm and believe they have some justification to do so. Indeed, in September 2014 our National Terrorism Threat Level was raised – for the first time since 2002 – from possible to probable, where it has remained since. Interestingly, a 2016 report from a US Congressional Committee ranks Australia as the third highest target of the Islamic State amongst Western countries, tying with the UK.

Adding to this threat is the approximately 110 Australians that are currently fighting or engaged with terrorist groups in Iraq and Syria. These people present a number of risks, not least of which is the long-term challenge they pose if they return home. Today, around 40 Australians have returned home. On the flip side, officials have cancelled 177 Australian passports and suspended 33 due to terrorism-related threats. Less than a month ago three men were arrested on suspicion of being supporters of the Islamic State and allegedly planning to carry out attacks on targets including police stations, churches, consulates and courts in the Sydney CBD.

As Lewis explains, our fight against terrorism has successfully lowered the threat, however the threat was too large to begin with. While there has been significant focus on counter-terrorism in recent years, largely in the form of funding, experts have recently estimated that Australia’s national security agency would need another $1 billion of funding every year in order to effectively watch all potential terror suspects.

This number is a far cry from the recent $570 million package that is to be shared between ASIO and the Australian Federal Police, with the former to receive only 11% of the package. However, with the AFP now conducting “seven times more counter-terrorism operations and monitoring eight times the number of people of interest than it did five years ago”, according to Home Affairs Minister Peter Dutton, it seems that they need the boost as much as the agencies.

It is clear that a lot of government resources have been poured into counter-terrorism. However, as the Australian Strategic Policy Institute (ASPI) has pointed out, this is a “dynamic area for policy”, where effective measures must involve incremental improvement and complex, multifaceted responses.

The most effective multifaceted responses, ASPI explains, will be at a community level, where the government can add value to the local cause by “facilitating and supporting such actions and giving stakeholders the opportunity to share their experiences and program knowledge, as well as raising public awareness”. By allowing change at the local level to drive our efforts at countering violent extremism, the country will experience a much deeper level of change and a unique integration of efforts between individuals, businesses and the government. Indeed, this was recognised in Australia’s 2015 Counterterrorism Strategy, which emphasised the need for partnership between the private sector, government and communities in order to counter the threat from terrorism.

Being part of the solution isn’t always a simple process; it often takes time and experience to understand what role counter-terrorism plays in your businesses and how you can become involved in mitigating the threat. At Agilient, our experts are trained to do exactly that. You can learn more about how Agilient can help your business through counter-terrorism consulting here.