The Rise of Smart Cities

You are here: Home / General / The Rise of Smart Cities

The world around us is transforming at an incredible pace, and in ways that were once unfathomable. The perfect example of this is the rise of so-called ‘Smart Cities’, with municipalities around the world deploying a growing array of technological advancements that are designed to monitor or control factors such as transport, energy and the environment. 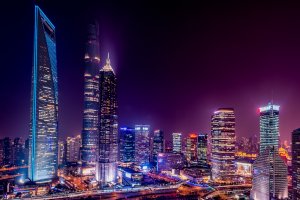 What Are Smart Cities?

The potential of the smart city is phenomenal. It has opened up opportunities to transform the way our cities run critical infrastructure and common services, moving away from passive and unsustainable processes towards a more interactive, seamless and connected experience. Smart city technology includes an array of systems and processes, including intelligent transport, resilient and efficient energy infrastructure and data-driven public safety.

Today, worldwide spending trends show that intelligent traffic and visual surveillance are the top priority, followed closely by smart lighting and environmental monitoring. The smart city movement is being accompanied by innovation from multinational companies such as Intel, IBM, Cisco and Verizon, as they aggressively pursue solutions in the field and attempt to gain a foothold in what is shaping up to be a ubiquitous industry.

Bob Mazer, Co-Founder of Smart City Works, explains that “Smart Cities have been so successful where they’ve been implemented, and have demonstrated such significant environmental improvements, like carbon reduction economic benefits, and public safety enhancements that we’re now seeing not just a gold rush, but a platinum rush”.

The growth of the smart city can be witnessed around the world. For example, Italy’s Messina was quick to embrace AI-driven technology, installing magnetic sensors throughout the city that tells citizens how many parking spaces are available and when, and also links taxis to the grid so their location and availability can be tracked.

In New York, over 600 sensor cameras continuously gather traffic data to enhance the efficiency of signal timing and emergency management, whilst also shedding light on vehicle speeds and bicycle usage. Indeed, the International Data Centre (IDC) predicts that worldwide spending on smart city technology will reach $135 billion by 2021. Wanxiang – an automotive giant in China – plans to invest $30 billion over the next 7 years to help build the Innova Smart City, and in 2015 India launched a Smart Cities Mission, which outlined its goal to develop 100 smart cities across the country.

The benefits of smart cities are certainly promising and exciting. However, the same innovations that are making cities more efficient are also exposing them to heightened risk. In 2018, tech giant IBM released a report titled ‘The Dangers of Smart City Hacking’, exploring the massive vulnerabilities inherent in the rising technology.

The report explains that “by taking advantage of readily available tools for identifying exposed devices, and the relatively immature security in smart city technology, attackers can take control of these systems…they can potentially cause citizens to panic, put workers in danger, and send law-enforcement officers on wild-goose chases”.

The report included a test run by IBM’s X-Force Red team, who discovered 17 zero-day vulnerabilities in various smart city sensors and controls being used around the world, giving threat actors unprecedented access to data and systems. The report summarised that it was “painfully easy” to discover the location and purpose of smart city devices, and then to realise and exploit the minimal security safeguards they had in place.

These vulnerabilities would allow hackers to not only break into smart city technology, but also to manipulate it in order to trigger false alerts, which could be used to instigate panic amongst residents and divert resources towards non-existent problems or to block real warnings. From citizens to leaders, people are trained to trust these systems, which could have devastating effects in the wrong hands.

In order to mitigate or prevent these risks, IBM suggests the following:

Notably, the security behind smart cities isn’t the only concern; there are those that worry about the privacy and ethicality of the technology. For example, in response to Toronto’s smart city plan, led by Google, US venture capitalist Roger McNamee has warned that the project is a highly-evolved version of “surveillance capitalism”. This echoes the same rhetoric of Blackberry’s co-founder, Jim Balsillie, who last year labelled the project as “a colonizing experiment in surveillance capitalism attempting to bulldoze important urban, civic and political issues”. Interestingly, growing opinions are emerging that this technology, and more specifically the companies behind them, cannot be trusted to safely manage the extensive data they are collecting on citizens.

Smart cities are shaping up to be incredibly complex to navigate, with a variety of risks both for cities that readily adopt smart city technology and those that fall behind. “On one hand, advancement and adoption may be stifled by concerns about murky policy or a lack of accepted technological standards. On the other, innovation without thoughtful oversight raises the spectre of security, privacy and ethical breaches”, explains Thomson Reuters Chief Operating Officer, Brian Peccarelli.

It is important to note that these concerns are inherent in the use of technology everywhere. It should be understood by cities, individuals and businesses alike that everyone has the responsibility to utilise technology in the safest way possible. While developing effective security policies and strategies can be a difficult process, utilising the expertise of security firms such as Agilient is often invaluable. Contact Agilient today to find out how our experts can help you identify, evaluate and mitigate the risks that accompany technological utilisation.