The Buzz Around RegTech: What is it and why is it important?

You are here: Home / General / The Buzz Around RegTech: What is it and why is it important?

The post-financial crisis world has left Financial Institutions (FIs) facing an extreme and ever-growing amount of regulatory obligations, which carry severe penalties for non-compliance. Triumphantly emerging from this environment is Regulatory Technology, or RegTech, which has gained traction as a simple and fast solution for compliance. While the RegTech industry is currently focused mainly on FIs, many experts see it cutting across all industries eventually. 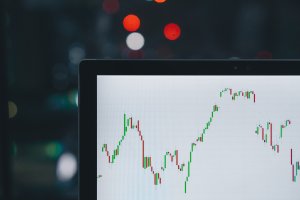 RegTech, according to Harvard Kennedy School, is the “application of new technology to regulation-related activities in order to shift them from analog-era to digital and computational models and, thereby gain dramatic increases in effectiveness, efficiency and scalability”. Simply put, it involves harnessing technology to automate and empower compliance functions.

RegTech focuses on innovations such as Artificial Intelligence, biometrics and Big Data that allow processes previously solved by humans to be solved by machines more quickly and cost effectively. Elliot Burgess from JWG Group explains that “RegTech enables [companies] to understand obligations, interpret vast quantities of data and compute precise findings in a way that humans and legacy infrastructure simply cannot”.

The Rise of RegTech

Technology has truly been RegTech’s enabler; it has disrupted traditional business models and services and driven uncontrollable digital transformation, which then frightened regulators into a mad scramble to update laws, increase accountability and impose fines. Ironically, technology has simultaneously lit the fire and been the tool to put it out.

In response to sweeping technological advancements being made every day, governments across the world have pushed to update legal regulations in order to keep up, leaving businesses scrambling to keep up with the law and often failing.

As this regulatory storm continues to sweep across the world, RegTech has boomed. Although technology has been used for regulatory affairs for over 20 years, more recently the area has experienced a drastic rise in relevance and capability. Indeed, a report by the finance company Medici expects the global demand for regulatory, compliance and governance software to reach USD $118.7 billion by 2020.

Implementing regulatory compliance models is costly for a business. For example, in the first nine months of 2015 London’s HSBC Bank spent $2.2 billion on regulation and compliance. However, the flipside is much worse – since the recession, US banks alone have shelled out more than $160 billion in fines, penalties and settlements for non-compliance.

The regulators themselves are in a desperate race to stay ahead of emerging technology. For example, in recent years the lack of laws surrounding the testing and design requirements for self-driving cars have been scrutinised. Drone technology has evolved so rapidly that aviation regulators around the world are simply failing to keep pace. A 2017 poll conducted in the US found that 71% of participants believed there should be national regulations on Artificial Intelligence (AI), yet others have found that this may be impossible.

Evolving technologies such as AI, big data analytics, machine learning and the Internet of Things (IoT) are forcing regulators to rethink how they can ensure fair markets and protect customers, while also supporting innovation and business growth. This has resulted in serious scrutiny of the companies utilising these technologies, and placed a hefty burden on them to keep up with laws that are being introduced and implemented with a heavy hand.

From 2018 onwards, it is likely we will see RegTech playing a much bigger role in business operations and pushing its parameters well beyond financial services into any and all industries.

With the EU General Data Protection Regulation (GDPR) now in force and more data regulations expected to emerge every year, organisations in virtually every industry will need to make dramatic changes to their compliance models and learn the consequences of failing to do so from FIs. Luckily, these organisations will be able to take inspiration from the FIs who have been dealing with this for some time. In the future, the financial industry’s spearheading of RegTech products – such as AI, AML surveillance, immersive experiences, blockchain-KYC integration, event thinking, digital twins and continuous adaptive security – will create a solid foundation for all industries to fluidly adopt RegTech.

Businesses must appreciate that driving innovation and utilising emerging technology to enhance their services and operations is important, but it must be balanced by an understanding of appropriate regulations and an investment in quicker, cheaper and simpler methods of compliance. This is where experts like Agilient come in: by providing comprehensive services such as Gap Assessments and Business Impact Analyses, Agilient helps organisations develop robust strategies to improve their Business Continuity Management and give them a competitive and strategic advantage. Contact Agilient today to see how we can help contextualise, evaluate and improve your business in a variety of ways.