Earlier this month in Nairobi, Kenya, a group of violent extremists raided an upscale hotel with a barrage of gunfire and explosions, leaving 21 civilians dead. The attack occurred on January 15 and continued until the following day. In the wake of another attack that occurred 6 years prior in 2013, less than a mile from the location of the hotel attack, many are left wondering what else can be done to prevent such tragedies. 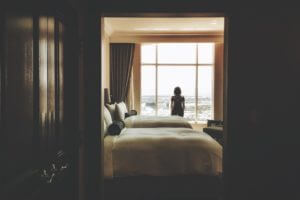 Al-Shabab, a Somali extremist group, has claimed responsibility for the attack. This is the same group that was responsible for the 2013 attack, as well as many others in East Africa. The attacks are allegedly in retaliation to Kenyan involvement in peace-keeping movements in Somalia.

In major metropolitan areas in East Africa, malls, supermarkets and hotels are typically protected by gates and security guards. After the 2013 attack, increased measures were implemented in the area to protect against such attacks in the future. Cars are routinely checked multiple times a day.

“You’re trying to balance convenience and ease of access and not creating hardship in daily lives with protecting from an incident like this,” said Omar Mahmood, a senior researcher at the Institute for Security Studies in Addis Ababa, Ethiopia. “The reality is when you have an actor as sophisticated and capable as al-Shabab that’s determined to attack you, unfortunately, they’re going to get past you.”

While the attacks may have made it through the Kenyan hotel’s security, it is possible that the heightened security reduced the severity and deadliness of the attack. Security is not just preventing an attack but also improving the response and reaction to an attack should it ever occur.

Hotels and other upscale locations such as malls are a growing target for extremist attacks, more recently in the United States, where malls are a common location for shootings, and the Las Vegas shooting where the perpetrator shot from the window of a hotel. It is becoming more critical for these locations to increase security measures. In the future, it is possible that screening incoming guests may become commonplace in areas at high-risk of terrorist attack.

It is crucial for any business, including hotels, to conduct risk assessments and determine the likelihood of such threats taking place, take the appropriate measures in order to prevent them or, where they do occur, reduce the severity of the event. Businesses in at-risk areas should have plans in place. Hotels are commonly used for conferences and meetings for government and corporate officials, and often will conduct security assessments when determining a location for events where important personnel will be in attendance.

Agilient specialises in robust protective security strategy, and with our experience working in high-end security environments our consultants can help your business implement threat and risk management frameworks and develop strong security policy. Contact us today for more information about how we can assist your organisation.