The Lyn Dawson Case: Justice and the Court of the Media

You are here: Home / General / The Lyn Dawson Case: Justice and the Court of the Media

The vanishing of Lyn Dawson has been a cold case for 36 years.  Chris Dawson, who had been a prime suspect in the original investigation, is now in NSW police custody after he was extradited from Queensland last month. 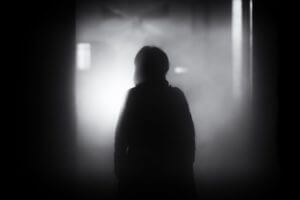 Thirty-six years is a long time to let a possible murder case sleep.  Evidence can be lost or destroyed and memories become hazier with the passage of time.  Most often, the sting of a ‘cold case’ lies more in the fact that justice has not been given its day in court, and the perpetrator continues to be free.

This time, new evidence has helped reopen the case via the success of the true crime podcast, The Teacher’s Pet, by investigative journalist Hedley Thomas.  The podcast explores old and new evidence and discusses the case with witnesses and police officers who had previously worked on the investigation.  The podcast revealed two new witness statements which the police are now using to rebuild the case against Mr Dawson.

This is not the first time a cold case has been reopened due to new information brought forth by popular media.  The American True Crime podcast, Serial, also led to the re-trial of the man charged with an 18-year-old murder that he may not have committed.

But can justice truly be served if the evidence brought forth comes from the media? Can a fair trial even be carried out, when millions of people have already been made privy to prejudicial information?

One of the greatest challenges the Public Prosecutor might have as they take Mr Dawson to trial is that they will be hard pressed to find a jury who does not now know everything there is to know about the case, not only via the podcast, but the increased media publicity it has received as a result of the podcast.  Further, there is a risk that is the podcast’s new evidence may not hold and it will seriously compromise any future hopes of solving the case, and also damage the reputations of all people involved in the podcast.

However any investigation, be it a cold case or a current one, is always under the public eye of the media, and this case should not really be treated as being any different.  Despite new evidence, there are other arguments that can be made by the defence (such as the lack of a body), to hold its own side of the trial.  In the end, the Justice system is capable of examining new evidence in the light of proper judicial procedure without the interference of a podcast’s own interpretations.

Nevertheless, emerging ways to present the news and information, such as podcasts, help provide a new avenue to present truth to power.  Not only did The Teacher’s Pet podcast shed new light on a cold case, but it also revealed the ugly truth about Cromer High School, the high school Mr Dawson taught at during the 70s and 80s when his wife disappeared.  As a means to discover the truth about Lyn Dawson’s disappearance, the investigations of Hedley Thomas also revealed the serious culture of drug use and sexual assault towards female students in the school at that time.  This has led to the creation of police Strike Force Southwood to investigate the allegations of sexual abuse at Cromer High.

It is tragic that it requires an investigative podcast to uncover serious security and personal safety issues in a school.  It is important that any institution that takes the security of its personnel seriously address problems with sexual harassment (and in this extreme case, sexual predation).  Any organisation – but especially a school – should promote open door policies that empower and enable students to speak out against grossly inappropriate behaviour from teachers or other adults who work with them in that environment.  Likewise, the administrative and teaching body of the school would have benefitted from understanding where and how to use their authority to deal with serious accusations with discretion and with the aid of the police or other security agencies.  Any possible allegation should be immediately escalated and dealt with as quickly as possible.  The fact that it has now taken the creation of a special task force implies that Cromer High had more than personal security problems, but rather an insidious culture that put many children’s lives at risk.

The media and emerging forms of social media are hard to control, and their effect on the public is hard to predict.  In the case of the The Teacher’s Pet podcast, which has been downloaded 28 million times, this type of media has been able to give the missing Lyn Dawson a voice.  Now a court will be willing to listen again, and perhaps let justice take its course.  Further, the podcast has given a voice to other victims of sexual assault and harassment who would otherwise have never spoken out.  It is sad that a modern media tool performed the investigative task of uncovering sexual harassment claims in Lyn’s former school.  Had the culture of predation and denial been addressed earlier, by collaborating with security and police authorities, Lyn’s case could perhaps have been more easily solved, and other victims may have spoken out.  For now, modern media exposes many challenges on how to present truth to the public, but its importance lies in the fact that it can be used as a valuable tool in investigation, and in preserving evidence and facts.