Are We Nearing The End Of The World Wide Web?

You are here: Home / General / Are We Nearing The End Of The World Wide Web?

In a perfect world, the future cyberspace would be safe and open – a positive vision whereby efficiency and freedom are synonymous with the internet, and global coordination reigns. However, this future may be slipping away from us as it becomes increasingly clear how intrinsically linked cyberspace is to global politics and foreign affairs. Today, more than ever, unique social and political forces are having unforeseen impacts on cyberspace, exacerbated by the arms race-style sprint for rapidly evolving technologies. While it may be difficult to do so, failing to accept that cyberspace has become a new and challenging platform for geopolitical tactics is dangerous. 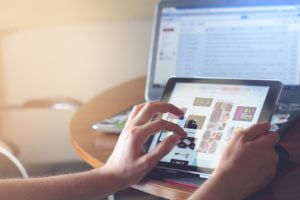 More importantly, the rising tensions between Russia, the US and China are bringing to light a new possibility: that the world wide web may soon cease to exist, and instead these powerful nations will vie for dominance using their individual, nation-controlled internets.

This concept has been simmering for longer than we think. China’s ‘Great Firewall’ has been developing since 2000, today functioning effectively to portion off web access for its one billion citizens, censoring content and realigning its internet along geopolitical lines. Russia followed suit in late 2016 during unprecedented collaboration with China, which saw Moscow bring the internet under state control. With trust becoming a rare commodity in today’s geopolitics, such nation-centric attitudes towards cyberspace are likely to fester and lead to more extreme fracturing and barricading of the internet.

America has also been extremely protective of its cyberspace. Examples such as the 2017 ban of Kaspersky and the recent restrictions on Chinese companies Huawei and ZTE have made it clear that America is focussed on ensuring the integrity of its internet, at whatever cost.

More recent reports are alleging that China has ended the cyber ceasefire made between President Obama and President Xi Jinping in 2015. The agreement led to drastic reductions in the theft of US intellectual property by the Chinese, but certainly did not eliminate cyber espionage. Unfortunately the co-founder of the cybersecurity firm CrowdStrike, Dmitri Alperovitch, claimed in October that China was once again the predominant nation-state intrusion threat for the Western industry, having well and truly ended the truce. Alperovitch alleges that after a “90% drop in nation-state sponsored intrusions against the Western commercial sector”, the attacks picked up again in 2017 and have risen ever since. This is a clear indication of the deteriorating relationship between the two nations. It also demonstrates their willingness and ability to use cyberspace to play out their revenge and political tactics.

In response, America has shifted from defence to offence. In October 2018, the US Justice Department announced that they had extradited Yanjun Xu, a senior Chinese intelligence officer, after luring Xu to Belgium under the guise that he was being given trade secrets from US aviation companies. Chinese officials were quick to label the charges as a fabrication. Lu Kang, a spokesman for China’s Ministry of Foreign Affairs stated that “the accusations are unfounded…We urge the US to stop using so-called ‘cyber-theft’ to discredit China…and harm Sino-US relations”. These words are harrowing and all too intentional, indicating that China may see this struggle as a zero-sum game, the beginning of a cyberspace cold war.

The fragmentation continued soon after as the Paris Call for Trust and Security in Cyberspace Agreement was introduced. Signed by over 50 countries including Canada and the UK, and private organisations such as Google and Microsoft, the agreement aims to establish international norms for the responsible, ethical use of the internet. The basic tenets are:

In the end, it doesn’t seem like too much to ask. Unfortunately, however, various nations and organisations refused to sign the agreement, most notably the US, Russia, China, North Korea, Saudi Arabia, Israel, Australia, Iran, ZTE and Huawei. This refusal flies in the face of global cooperation and trust – something that the world wide web in many ways relies on.

If these trends continue, it could spell the end of ‘the internet’ as we know it. While it is difficult to imagine, cybersecurity experts are warning that this may very well become reality, and the implications are significant.

The battle for the control of the internet, as described by SecureData’s CSO Charl van der Walt, would spell the “end to the idea of a globally united internet promoting collaboration, innovation and information sharing”. The Australian Strategic Policy Institute explains that by 2024, cyberspace could be fragmented after years of tension between the US, China, Russia and Western Europe resulting in “several weakly connected internets, each of which contains content and services that are largely inaccessible from outside the same country, region or bloc”. Their prediction is that America and China will have the largest internets, with Russia cordoning off its internet while the former use theirs to vie for greater international influence and control. This multipolar world will be exacerbated by a lack of concert between the great-powers as well as the technology monopolisation held by a handful of corporations. Our options will seem to flourish but, in reality, technology will rest on the same dominant tectonic plates, which will be effectively geopolitically aligned.

For the smaller nations, this could spell disaster. It may come down to the choice of being a pawn for the larger nations or spending big on protecting themselves from cyberattacks and enhancing their technologies. Either could come at significant cost. For example, in 2017 the US Defense Department alone spent around $18.5 billion on preventing cyberattacks, which was arguably unsuccessful.

The good news is that this scenario is far from inevitable. When it comes to cyberspace, global collaboration and harmony is still a viable option, and individuals and smaller organisations are capable of making a big impact. While it is clear that cyberspace is irrevocably linked to political and foreign affairs, we have not lost control yet. The message must be spread loud and clear: the world wants, and in many ways needs, an interconnected, open and secure internet.