Cyber intrusions and data breaches are costly interruptions to business, both in terms of clean-up and reputational damage. A recent study by IBM and Ponemon institute reports:

Web applications are the public front of businesses and often give the first impression of a company. Web portals offer many functions to customers and business partners such as forums and login pages. It is these places that defences are probed for weaknesses that give away more information to build into an exploit. 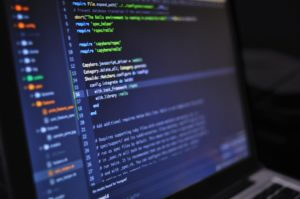 The Top 10 vulnerabilities are explained below.

This is where some form of underlying infrastructure is passed command by the web page as input to functions. The command languages that can be injected include SQL, C#, HTML. PHP, LDAP and Operating System commands.

Command Injection can happen where users of the website can enter data, a forum port or visitors log or contact details, or a login with a username and password. The ways to protect against injection are:

Authentication is broken when someone accesses information using another person’s details. This can be through stolen session details, passwords or secret keys. The more advanced vulnerabilities surround ending sessions when a user logs out or leaves the app site.

Sensitive data displayed or entered into a web application can be exposed by the use of weak or no encryption ciphers or standards. Sensitive data may also be gleaned from caches by hacking techniques, for example some banking applications disable screenshots to protect sensitive information.

XXE attacks can be used to steal data, execute code and generally perform malicious tasks. XXE is where the attacker can upload an XML file which then executes malicious actions against the web application code and/or dependencies.

Sometimes websites will ask for Excel files to be translated into XML for upload. In such cases, the XML needs to be sanitised before being parsed by the web application.

Methods to prevent XXE are:

A common way access controls are broken is when user restrictions are performed only on the client UI. These restrictions may be bypassed, and the user then has full rights to access all of the web application.

Configuration of the application server, Database and database server, proxy servers and load balancers need to be secured in line with security policy and best practices. Developers are focused on providing the functionality of the application, rather than on making it secure. Security vulnerabilities are then found by experts as part of a security review, or by hackers trying to exploit the application.

Best practice to reduce misconfigurations are:

There are three (3) types of cross site scripting attacks:

Stored XXS attacks are when user input is stored on the webpage executed when the page loads. An example is webpage where user comments are stored and displayed. Malicious code is entered in as a comment, and that code is run whenever the page is loaded by visitors to the comment page.

An application is only as secure as the weakest part. Using, often unknowingly, components with known vulnerabilities provide an easy way to compromise the application. Examples of components with known vulnerabilities are: an older vulnerable PHP version, an out of date Linux operating system kernel, missing patches from Windows or an older vulnerable version of JQuery.

Businesses using web applications need to assess and mitigate the risks associated with those web applications. Agilient has experienced consultants to assist in securing web application vulnerabilities. Follow our LinkedIn page for all the latest security updates, and Contact Us to see how we can assist your business.