You are here: Home / General / Problems Continue to Plague Huawei

China is demanding answers after the Chief Financial Officer of tech giant Huawei was arrested in a Canadian airport on 1st December. Meng Wanzhou, also the daughter of the company’s founder Ren Zhengfei, is facing extradition to the United States amid reports that she violated US sanctions against Iran. 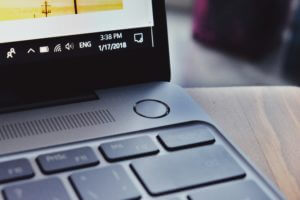 A publication ban has been imposed on the case, so details are still limited. A recent report has claimed that the arrest is part of a US investigation into a scheme to use the global banking system to evade US sanctions against Iran. However this has not been confirmed.

Meanwhile, the Chinese Embassy wrote that “the Canadian police, at the request of the United States, arrested a Chinese citizen who had not violated any US or Canadian law”.  Huawei itself has emphasized that they comply with all laws and regulations wherever they operate. Huawei also stated that they have been provided with very little information regarding Meng’s arrest.

The arrest has exacerbated the already shaky ground on which China and US relations have been walking. The same day the arrest took place, President Trump and President Xi Jinping met in Argentina after the G20 summit, where they agreed to a 90-day truce in their trade war. This resolution is now in serious doubt, despite China recently signalling its support. Former Canadian Ambassador in China, David Mulroney warns that US and Canadian business executives could face reprisal in China if the country decides to respond harshly. Mulroney suggests the countries should prepare for “sustained fury” from Beijing. Additionally, being linked to the controversy in Iran, and especially in such an intimate way, is extremely damaging for Huawei itself and the company is likely to push back at these allegations aggressively.

Others have suggested that the intelligence agencies in the US and Canada have clearly been investigating Meng for some time. Wenran Jiang, a senior fellow at the Institute of Asian Research at the University of British Columbia, suggests that if China makes the same observations, they will read it as “a planned conspiracy to do damage”.

Interestingly, the US has been open about its probing and investigations of Huawei since 2016 at least. In April this year the US Department of Justice began investigating Huawei for suspicions that they were violating the Iran Sanctions by illegally shipping US goods to Iran. In response to this, the Chinese Foreign Ministry spokeswoman Hua Chunying said that China hoped that “the US [would] refrain from taking actions that could further undermine investor confidence in the US business environment and harm its domestic economy and normal, open, transparent and win-win international trade”.

Around the same time, Chinese handset and telecommunications company ZTE faced a ban on American-made parts after they failed to meet the terms of a 2017 settlement regarding ZTE’s violation of US sanctions with both Iran and North Korea. The five-year investigation resulted in a $900 million fine for the company in 2017, but continued investigations alleged the company was non-compliant. ZTE then paid $1.4 billion and fired various employees to ensure the ban was lifted.

The Growing Bans on Huawei

Interestingly, in 2012 Australia blocked Huawei from building its 5G networks in a then-unpopular and controversial decision. However, more and more countries are following suit as fear and mistrust of the Chinese tech companies spread.

It is suspected that Japan will effectively ban the Government purchase of products from Huawei and ZTE Corp due to fears of intelligence leaks and cyber-hacks. Many are predicting that Japan will revise its internal rules this week and, without explicitly naming the companies, will enforce such a ban.

British telecommunication giant BT Group began stripping Huawei from its core networks in 2016 and announced on Wednesday that it was refusing to use the company’s products in central parts of the 5G network. Recently, MI6 boss Alex Younger emphasised that the British people must decide how comfortable they are “with Chinese ownership of these technologies and these platforms in an environment where some of our allies have taken a quite definite position”.

German officials have also reportedly been pushing for the government to consider excluding Chinese technology companies such as Huawei and ZTE from building the country’s 5G infrastructure, amid concerns of a compromise to national security. At this stage, however, it is uncertain whether the initiative will be successful.

In October, Canada was urged by leading US lawmakers to do the same. Senators Mark Warner and Marco Rubio allegedly wrote that they had “serious concerns that [Canada’s] safeguards are inadequate given what the United States and other allies know about Huawei.” However, it has been mostly quiet on the Canadian front regarding Huawei’s future.

And, of course, America has largely banned the purchase of parts from Huawei, and has banned the sale of its products in retail stores on military bases.

The fear that the Chinese government is manipulating these technology companies into spying for them through their hardware may or may not be justified. But one thing is certain: as countries around the world gear up for the 5G upgrade – which will introduce wireless technology connecting more items like self-driving cars and health monitors to the internet – this fear is likely to grow. Reliance on technology and turbulent political relations may mix to enhance global uncertainty, which could spell disaster for companies like Huawei.