When Half The World Does Not Feel Safe

You are here: Home / Security News / When Half The World Does Not Feel Safe

Last year, we explored the #metoo scandal concerning allegations of sexual assault by the movie producer Harvey Weinstein. This scandal shed a bright and garish light on sexual harassment in the workplace. 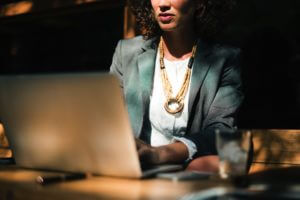 Since then, the conversation surrounding consent, female visibility in public debate and the safety of women continues to make headlines. At times these debates have often been vitriolic and emotionally charged and at other times they have led to breakthroughs in the way society examines its own behaviour.

Nevertheless, issues such as female leadership, the gender pay gap and, most importantly, gender-based violence continue to be very tangible problems that need to be tackled.

In a disheartening revelation, a UN global report published this month found than more than half the female victims of homicide around the world were killed at the hands of their male partners or relatives. Further, this only accounts for killings that are reported – the number may be even greater. This report is part of a broader UN study on serious crime and global homicide, but the numbers for ‘femicide’ were startling enough that a separate report was warranted. The statistics revealed that these killings were correlated to the gender of the victim. In short, while homicide is a serious and terrible crime that can affect anyone in equal measure (in fact, men are still victims of homicide in greater numbers), the number of women being murdered because of their gender or gender-based assumptions was incredibly high.

Aside from the risk of domestic abuse, women also still risk a lot by living in the public sphere, especially on social media. A recent web summit panel in Lisbon explored the risks of harassment and stalking. Among the panellists were two female presenters, one a model and the other a UFC fighter. Both admitted to being harassed and stalked often because of their gender, and not just their profession or their public opinions. These were just two people who share a common thread with many other women who have similar experiences online.

Recently, Liberal MP Julia Banks crossed the bench and left her party due to her clash of views with the ruling party. One of her reasons for leaving was that she felt that as a woman her voice was being ignored, especially when she spoke up on issues she felt required political change. Similarly, there has also been an exodus of hig- profile female politicians leaving the Labour party and the Greens party for similar reasons, especially after NSW Opposition leader Luke Foley was accused of sexually harassing a reporter.

What these examples tell us is that women still do not feel safe, in public or in private. Regardless of the raging debates on gender and equality, no one should be made to feel unsafe at work, at home or in public. It is important to take these concerns into consideration and implement policy and behaviour that can make everyone feel safe. The workplace at the very least is a good place to start.

Policy can be implemented with the help of consultant and employee contribution to foster appropriate and safe behaviour amongst all staff. Most importantly, when women speak of their lack of security and their concerns, it is crucial to listen, understand and believe. Many women often do not speak up out of fear of being shamed or not being taken seriously due to harmful gender-based stereotypes. While society as a whole is learning to undo these stereotypes, it is important to be aware of this and make conscious efforts to advocate for our female colleagues and peers.