You are here: Home / Security News / Pipe bombs in the mail and the success of increased security screening

The last week of October 2018 saw a string of unfortunate and tragic incidents that have raised tensions and security fears among Americans once again.  In this particular instance, 13 or 14 crudely made explosive devices were discovered in packages being delivered to the homes of prominent Democratic politicians and high-profile personalities. 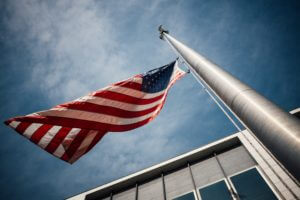 The intended victims included former US President Barack Obama, corporate philanthropist George Soros (his package was the first discovered), actor and activist Robert De Niro, as well as Bill and Hillary Clinton.  It is suspected that there may still be more packages circulating in the postal system and authorities are continuing their investigations.

Nevertheless, five days into the investigation, Federal Police arrested Cesar Sayoc Jnr as the alleged sender of these packages.  Mr Sayoc was known in his community for his political views, which were also plastered on the windows of the mini-van he owned.  Some of these images included pictures of Hillary Clinton and Barack Obama painted in cross hairs.  People who knew Mr Sayoc were surprised at his behaviour.  While he was known to be vocal about his right-leaning political views, he did not appear to have any intention to harm people.  Friends and family also claimed Mr Sayoc may have been suffering from mental health problems, however he has not been formally diagnosed.

Thankfully, none of the devices caused any harm and were intercepted quickly.  Thanks to increased security training and thorough inspection of packages, a US Postal Service employee was able to easily identify one of the packages as suspicious and declared it long before it was delivered to the intended target.  Likewise, many political and high-profile individuals utilise security screening services on their mail as common practice.  In the case of former presidents, the US Secret Service provides security screening on all aspects of their day-to-day operations.

The incendiary devices were crudely made pipe bombs which were packed with an explosive powder and broken glass.  It was intended that the tightly packed contents would cause a stronger explosive burst upon detonation.  However, some bomb experts have analysed the contents of the bombs (images of which were leaked online) and believe that the pipe bombs were not constructed correctly, and would not have detonated at all upon delivery.  In particular, the small timer attached to one pipe bomb did not appear to have any wiring that could have connected it to the detonator.

Several kinds of investigative techniques were used to catch Mr Sayoc and arrest him.  Not only were the US Postal Service able to successfully identify a suspicious package, but also trace the origin of the majority of the packages to Florida.  From there, investigators found a single finger print in the tape used to seal the packages, which also contained other traces of evidence such as dog hair and environmental particles.  All of these combined to locate Mr Sayoc who was then arrested last Friday the 26th of October.

It is not, however, the first time that the US has experienced this particular form of ‘postal’ terrorism.  Back in 2001, shortly after the tragic events of 9/11, several Washington officials were sent numerous envelopes containing the virus Anthrax in powder form.  It was believed that around 22 envelopes were delivered to a variety of public servants and 5 died from inhaling or coming into contact with the substance.  The aftermath of these events led to increased security screening of all items sent through the postal mail and the clearly successful training of postal service staff in identifying suspicious packages.

The success and efficacy of these investigations are credited largely to the increased security training that law enforcement officers now need to have due to the increased tensions in security and the political atmosphere in America.  Politically-motivated attacks and acts of terror generally are now sadly a fact of life in the USA.  In a country whose political and civil society are as fractured as they are now, it is unfortunate to think that these kinds of attacks are becoming more and more common.  But it is heartening to realise that, despite this new reality, learning to understand even the most minute security details can lead to success in maintaining security for people in general.

Contact us to find out how we can help you increase security within your business, and follow us on LinkedIn for up-to-date security news.