You are here: Home / General / The 2018 Global Password Security Report by LastPass 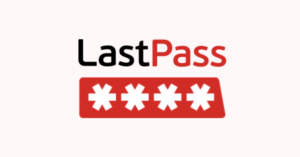 LastPass is an online password manager that stores all your accounts and passwords securely, so that you only need to remember one strong master password. LastPass is available to organisations at a reasonable cost, and administrators at a glance can identify whose passwords are not secure.

On the 1st October, LastPass published a detailed report on password security in the workplace, where they compiled anonymous data from over 43,000 businesses who use LastPass, with the aim of helping IT professionals understand where their organisation ranks and how to improve, as well as motivating organisations who have not invested in password management.

The report highlights two different scores: The LastPass Security Score and the LastPass Password Strength Score. The LastPass Password Strength Score evaluates an average password strength score, and the LastPass Security Score evaluates duplicate, weak, old or vulnerable passwords as well as the use of multifactor authentication and other settings to draw a complete picture of the overall password security of a user or organisation. The scores are from 1 to 100, worst to best.

Industries were also analysed in the report, with IT companies achieving the highest average of 53, while insurance was the lowest at 47. Industries such as health, finance and government also average quite low, a concerning finding considering the heavy regulations in these industries. Again, the report also shows the top scores from each industry, with government and education at the bottom with 86, and banking/finance and IT at the top with a score of 97. It’s promising to see that businesses from all industries are achieving fantastic scores, ultimately making good use of their investment in a password management platform.

One of the more concerning findings from the report however is the average security score by country. Germany achieved the highest score of 56, with many other European countries following close behind. This is likely due to standards and legislation in the EU such as the General Data Protection Regulation (GDPR). However, Australia is ranked the lowest in this list with a score of 49. The global average score is 52, showing that Australia is below average – a rather worrying statistic. Despite this, the top security score from an Australian company is 98, which nears the top of the ranks, just behind Canada with a score of 99 and the US with a score of 100.

The second part of the report discusses password strength scores, with a lot of the data following the same trends as the security score statistics. Many more companies and industries achieve perfect scores of 100 for password strength, however industries such as health, banking and insurance still score lower on average, with scores of 51, 52 and 53 respectively and IT ranking the highest at 57.

Australia still averages the lowest for password strength with a score of 53 – another worrying statistic. Germany still ranks the highest at 62 with other European countries also averaging on the higher end. We can see that Australia has some catching up to do with the rest of the world.