How Blockchain Could Redefine Cybersecurity

You are here: Home / General / How Blockchain Could Redefine Cybersecurity

Almost anyone with an interest in the technology space has heard of Bitcoin, the popular cryptocurrency that first appeared in 2009, but exploded into the public eye in recent years. While many have heard of it or even used it, even fewer know how it works and how the underlying technology could be used to advance cybersecurity technologies. 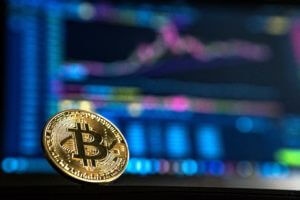 Almost all cryptocurrencies use a technology known as blockchain to keep a secure record of all transactions made. Blockchain is a cryptographically-protected, distributed ledger system that records transactions between parties securely and permanently. Each block in the chain includes a cryptographic hash of the previous block, making it impossible to alter previous blocks in the chain and ensuring the integrity of the chain as a whole. Altering blocks is even more difficult since the chain is distributed in a peer-to-peer network.

Bitcoin saw the first implementation of a functional blockchain system, and in recent years security researchers have been examining the technology to devise ways that blockchain can be used to improve cybersecurity systems, not just those limited to the finance industry.

Blockchain can be used to protect the integrity of almost any kind of data, not only transactions or account balances. Organisations can use the blockchain systems to distribute their encrypted data across multiple servers in a network, making it near impossible for a threat actor to hack a single system and make changes.

The technology also offers integrity for the data stored. Since the data is stored in a distributed fashion, the system can check file signatures across all ledgers on the network and verify if the data has been altered. It is also very difficult for a hacker to alter historic data, as all blocks in the chain include a hash of the previous block, making it near impossible for data to be tampered with.

Blockchains can be public or private. Bitcoin has seen the use of a public blockchain database where all peers in the network have full access to the ledger, but organisations could implement blockchains that are only privately accessible. Banks and other financial institutions could leverage this to ensure that only select personnel have access, and what transactions they have access to.

The NSW Government is currently trialling digital driver’s licenses in select areas, in one example of blockchain being actively used in the public sector. Utilising blockchain, the technology would be used to prevent counterfeit licenses from being created. Licenses would be checked against a secure, decentralised blockchain ledger.