If you’ve received strange phone calls or voice messages in Mandarin in recent months, you’re not alone. The ACCC Scamwatch service is warning the Chinese community in Australia of a clever and extensive scam syndicate targeting them and attempting to extort their money and information. This community is one in a global network of victims that spans from New York to New Zealand, falling prey to a notorious and sophisticated scam. 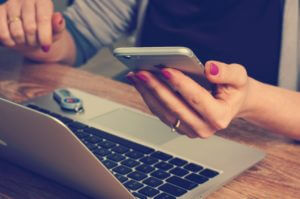 The calls involve threats of arrest, extradition and criminal charges, with some victims being forced to create fake kidnapping photos which are then sent to their families back at home. One victim alone handed over a total of $500,000 after a frightening ordeal with the scammers.

With losses totalling approximately $1.15 million and reports of calls jumping 400% in May this year, authorities’ concern about this scam is justifiably growing. In their statement, ACCC Acting Chair Delia Rickard stated that “these scams are particularly nasty and, worryingly, we’re seeing a dramatic spike in the Chinese community being targeted”.

These scams involve utilising tactics of pressure, fear and coercion in order to gain personal information about their targets, which is then used against them in order to force them to pay.

Unfortunately, scams like this have been growing in recent years. In 2017, Australians lost more money to scammers than any other year since the ACCC began reporting on scam activity – losses totalled $340 million. Delia Rickard explained that these scams “are becoming very sophisticated and hard to spot. Scammers use modern technology like social media to contact and deceive their victims”.

The ACCC ran a Scams Awareness Week in May, urging Australians to watch out for threat-based impersonation scams. Meanwhile, the AFP is collaborating with their Interpol post in China in an attempt to bring down the scam perpetrators, whilst also working with universities across Australia to warn the main targets of the scam – students.

While scams such as these may seem limited to individuals, there is a chance they may spread to impact organisations and firms across Australia. Indeed, experts have warned about the rising impact of ‘insider’ security breaches since 2016, as organisations become increasingly vulnerable to breaches through their employees. An attack such as this on an employee could cause serious damage to an organisation.

However, organisations can implement steps to control and respond to scams like these that may target their employees. By implementing security training, technical controls and an effective security risk mitigation system, a company can be better protected against the vulnerabilities presented by sophisticated, large scam syndicates such as these.