UFC fighting should remain in the ring, and not in the public

You are here: Home / General / UFC fighting should remain in the ring, and not in the public 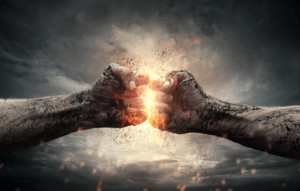 UFC is no stranger to violence, in fact, that’s the whole point of the sport.  Like any other aggressive sport,

the violence is disciplined and isolated in a controlled environment like a boxing right or fighter’s octagon. It becomes a sport to admire as aggression is tempered by athleticism and sportsmanship.

Nevertheless, UFC organisers and fans are no strangers to the occasional scuffle and ruffling of feathers outside the ring.  It often occurs at news conferences, where rival fighters stare each other down and trade verbal jabs at one another in a bid to increase hype and adrenaline prior to the match.  A lot of the scuffles are just for show as part of the upcoming match’s dramatic narrative.

Securing the safety of your athletes in these situations might sometimes be difficult if emotions are high.  Especially when it involves athletes who are trained to fight.  However, within the confines of the sport, violence is unacceptable until you are inside the ring.

This week, the UFC’s biggest champions, Conor McGregor of Ireland has been arrested after attacking a bus leaving the building where a UFC news conference was being held for one of his rivals.

Footage was captured of McGregor and several members of his entourage storming the loading bay of the building.  McGregor was filmed throwing a hand-held trolley at the back window of the bus before security guards attempted to block him off from throwing other items (including a barrier rail) at the people inside the bus.  Two UFC players inside the bus were injured by the broken glass and had to pull out upcoming matches.

While this event has scandalised the UFC world, it has also shown how little security can be maintained when preventing powerful, strong fighters from getting at one another.  In a sport where violence is the common trade, security measures should be even tighter than normal, especially when ensuring that athletes do not harm one another outside of the fighting arena.

The footage of McGregor’s attack shows at least two large security officers eventually blocking McGregor from causing any further damage.  What is astounding is that neither the security guards nor any members of McGregor’s entourage sought to prevent McGregor from entering the loading bay in the first place, if not to prevent him from attacking the bus, then at least to prevent him from getting injured by the vehicles there.  Not only was McGregor at risk, so was his entourage.  By attacking the bus, McGregor put people who were neither UFC fighters, nor involved in his personal rivalries (such as the driver), at risk.

When you have powerful athletes who attack each other up for a living, it might be prudent to bolster security at their events.  UFC is a high blooded sport where tempers run short and violence is a must.  The public is already well aware of the kind of risks professional fighting athletes pose to the general population, as seen in previous public brawls and violent sexual assaults.

Access to the vehicle loading bay should have been completely blocked, regardless of who demanded access.  Considering that the situation between McGregor and Khabib (the other UFC fighter on the bus) was volatile, security officials should have put the police on standby to intervene in what now seems to be an inevitable altercation.

While McGregor, who is now in custody will eventually face the consequences of his actions, it is important to remember that events like these can be prevented when you understand the volatile nature of the people involved.  Event planners and security officials involved cannot simply assume that the glamour of the sport may prevent these violent altercations.  Instead, it should be taken for granted that more security measures are required when fighting athletes are present in public.

Likewise, more discipline and care should be taken by UFC trainers and organisers when training their athletes, as McGregor’s actions are more likely to cast a negative pall on a sport that champions the use of aggression for sportsmanship and healthy competition.