Security at Sea – The Carnival Cruise from Hell

You are here: Home / General / Security at Sea – The Carnival Cruise from Hell 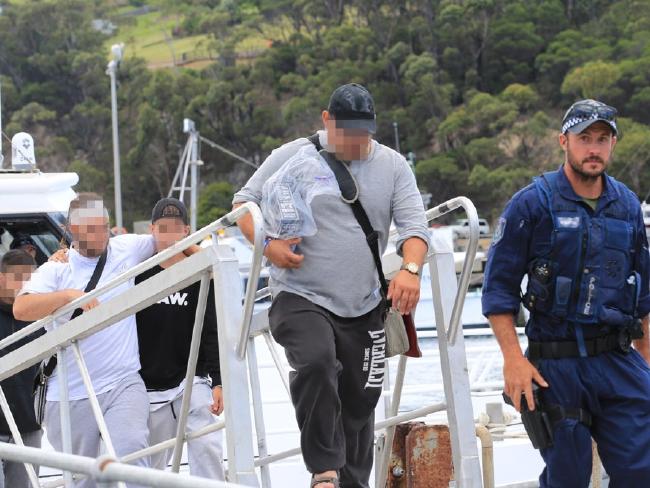 Over a week ago, a Melbourne family of twenty-three people were taken into custody and removed from a Carnival cruise ship, the Carnival Legend after causing a ‘week from hell’ at sea.

According to testimony and viral mobile phone videos, members of the now infamous family incited violence and chaos wherever they went.  Three days later the family was ejected from the cruise at Eden in southern NSW before resuming the scheduled Pacific island cruise[1].

The damage had already been done to both Carnival Cruise’s reputation and the general safety of all the passengers on board.  The violence supposedly began from the first day of the cruise after the family brought their own contraband alcohol and smoking pipes.  The family were further seen to walk along the decks of the ship deliberately seeking to provoke a fight[2].  The violence erupted in an all-out brawl on the pool deck between younger members of the family and the cruise pursers.

Carnival Cruises is now investigating the incident while offering discounts to future cruises to passengers who had been affected by the raucous family’s behaviour.  Unsurprisingly, these offers are not being accepted.  Carnival Cruises and other cruise ship companies are no strangers to failures in security.  There have been at least six other violent brawls that had been reported and documented aboard a Carnival cruise ship in the last five years.  Other cruise lines such as P&O have also had similar issues with passenger violence that have been dealt with poorly and inefficiently[3].

After the first few incidents on board, passengers who voiced their complaints were told that the perpetrators already had their drink cards taken away.  Nevertheless, the perpetrators were able to access other family members’ drink cards as well as their smuggled contraband.  Further, security staff offered little assistance other than telling passengers to stay inside their cabins if they felt afraid.  As far as the affected passengers were concerned, the staff’s approach to their security was inappropriate and too little too late.

The three key failures that seem to arise from this, and other incidents include the following:

Poor training – Security staff need to be capable of de-escalating any volatile situation and in the case of this recent incident, not stoop to the level of the aggressors and join the fight.  Further, the perpetrators, who had been causing problems from day one, should have been contained.  This could have been done by issuing a strong warning and observation.  Had Carnival Cruises staff taken their zero-tolerance policy on violence, the perpetrators would have been detained at the first incidence of violence.

Poor procedures –Carnival Cruise’s zero-tolerance policy was not followed.  Further, security officers later demanded that passengers who filmed the brawl either delete their videos or not film further.  Such defensive actions on the part of the staff show a failure in dealing with passengers professionally during a crisis.  An incident on a cruise ship or any other public form of transportation is a serious issue, but not one to ‘cover up’.  Passenger rules on bringing unauthorised items were also ignored.  The perpetrators had brought contraband alcohol and smoking pipes on board.  These should have been confiscated and a fine applied, depending on the severity of the items.  Like with any other form of overseas travel, there should have been strict luggage scanning procedures in place.

Poor communication – telling frightened passengers to stay in their cabins if they felt afraid is very poor customer handling.  Passengers are not paying to stay in their rooms, but to enjoy the facilities of the cruise liner.  Security officers should have provided clear communications right from the get-go.  They should have immediately alerted senior staff of the ship as well as any land authorities to be on stand-by in case things escalated.  Cruise staff should have communicated their rules and policies to the perpetrators firmly, and the passengers should have been assured that not only were they going to be safe, but that staff had the situation contained.

Carnival Cruises is not the only cruise ship company to have suffered serious security issues on board.  However, considering that these are not isolated incidents, it is essential that cruise ship companies have an intensive and robust security process that is similar to those used in aviation.

There is little access to back up and police once on the sea, so it is important that ship security staff are capable of containing and minimising damage onboard until the ship gets to land.

Carnival Cruise’s latest security disaster is a strong lesson for all that any breach of security while travelling should immediately be contained to prevent any disturbance from escalating.

For further information and assistance in planning as well as training for effective security please do not hesitate to contact Agilient.