Bollards and the Rise of Security in Architecture

You are here: Home / Security News / Bollards and the Rise of Security in Architecture 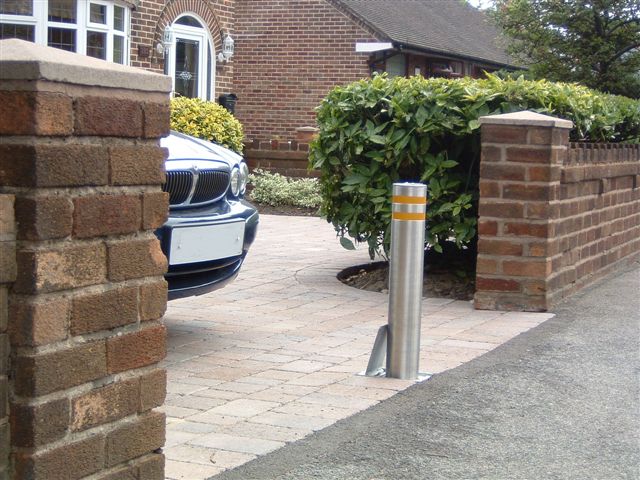 Although traffic bollards are mainly seen on busy public avenues, many security-conscious Melbourne residents have taken to installing them in their own driveways[1].  After recent incidents of violent break-ins and car thefts, many Melbournites feel that installing bollards is the only way to keep them safe and protected in their homes and properties.

Following vehicular terrorist attacks in Nice, New York, Munich as well as other locations last year, installing bulky concrete bollards on busy city streets has been the de rigeur method for securing public areas in the past year.  Sydney’s Martin Place and the Melbourne city centre have joined the ranks of other major cities by integrating street bollards into their public security planning[2].

Bollards are, be it for personal or public use, largely deterrent in nature.  Metal or concrete bollards are a visible warning to potential perpetrators.  Despite their usually small and compact design, traffic bollards are designed to stop a vehicular attack but they can also cause far more damage to the attacking vehicle than to anything else[3].  It is no wonder that private homeowners are installing them in their driveways to prevent thieves from making off with their cars.

Installing swathes of concrete or metal blocks can also alter the appearance of our public spaces.  Large square concrete bollards are not always aesthetically pleasing and can evoke images of a fortress city, which may not always be welcome in cosmopolitan communities[4].  Following the installation of numerous concrete bollards in Melbourne’s Federal Square and Bourke Street in June 2017, residents complained that despite their function, they looked like eyesores in the city landscape.

Nevertheless, it is possible to find a balance between redesigning cityscapes with bollards to make them more secure and aesthetically pleasing.  New York has shown artistic ingenuity in designing architecturally and artistically shaped bollards on Wall Street that function not only as a security barrier but as street art as well.  Likewise, other cities, such as Chicago, have ingeniously blended their bollards into the cityscape by turning them into street side planters as well.  More recently, many of Melbourne’s square bollards have been painted and decorated by local artists to brighten them up.

It is tragic that homeowners have taken to installing bollards for their personal protection (at least, in Melbourne).  The use of bollards has become a practical and standard way of securing our public spaces.  It’s fair to assume that the use of traffic bollards is going to be a permanent feature of any future urban design.

Successful public security planning is the subtle and invisible kind.  In that vein of thought, security planners and designers can work together to create safe urban spaces that are pleasing to look at, where bollards can be works of art as well as an effective security feature.