Protecting our Emergency Workers from Violence and Aggression

You are here: Home / Security News / Protecting our Emergency Workers from Violence and Aggression 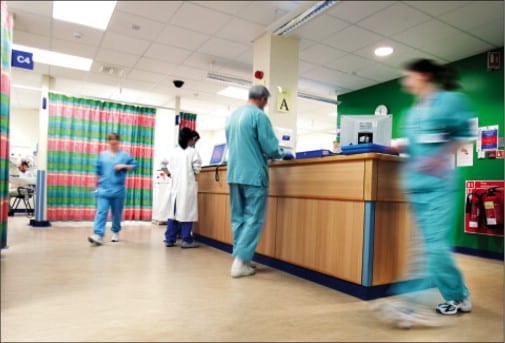 Emergency workers perform vital work for our community, in both paid and voluntary roles, and are entitled to return safe and sound to their families at the end of each shift.

On Tuesday, the 8th of August 2017, the Parliamentary Committee Inquiry into Violence Against Emergency Services Personnel Report was released.

The Committee received thirty-five submissions from a range of stakeholders during its inquiry including the NSW Government; interstate Government Ministers and agencies; unions and employee groups; peak bodies; community groups; legal experts and individuals. It also heard evidence from twenty-five witnesses at two public hearings held in November 2016; and further evidence from six witnesses at a public hearing held on February 2017.

Where violence and aggression does occur, there must be strong measures in place to address it. Currently, this is clearly not the case, and the report echoes these sentiments.

It is positive to see that there are currently some measures in place to prevent and address violence against emergency services personnel. These measures include the 12-point action plan to improve security in NSW public hospitals; and sentencing laws that provide the capability for the matter to be dealt with more seriously where the victim is an emergency services worker.

The high-risk environment our emergency service workers are exposed to was explored in a previous Agilient blog article titled Hospital Security– New Risks for the New Ice Age.  This article described the horrific conditions that hospital staff finds themselves in when dealing with aggression and violence from patients or other members of the public attending the hospital. Hospital security issues is a problem that tends to get underreported because emergency workers see dealing with violence and aggression as a normal part of their daily activities and just accept it. This was a major concern for the committee as well and they have recommended a focus on improved incident management reporting procedures. It has also recommended a greater focus on violence prevention training for staff, and improvements to duress response measures and interagency procedures to manage aggressive persons.

Agilient supports the good work of the Parliamentary Committee and applauds the steps taken to address a very important issue. We look forward to the NSW Government response to the enquiry due on the 8th of February 2018. If you would like to know more or require assistance with incident management please contact Agilient.

A full copy of the report is available at: https://www.parliament.nsw.gov.au/committees/DBAssets/InquiryReport/ReportAcrobat/6108/Violence%20Against%20Emergency%20Services%20Personnel%20Report.pdf