You are here: Home / Security News / Breaches are Coming 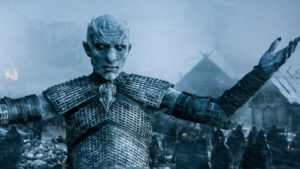 When the company behind one of the most popular television shows of all time suffers a large-scale data breach, it has the effect of bringing cybersecurity to the forefront of the public’s mind.

HBO was recently the victim of a significant breach that led to 1.5 terabytes worth of data being exfiltrated from their network. This is a massive amount of data to be removed remotely and included media for upcoming episodes of the popular shows ‘Baller’ and ‘Room 104’ along with a variety of internal email correspondences and other important documentation. The crown jewel taken though however, was the script for an upcoming Game of Thrones episode, HBO’s flagship show.

A trend is developing that sees media companies such as HBO and Netflix becoming firmly set in cyber criminal’s crosshairs. There are several reasons that these types of organisations are now being targeted.

There are a number of ways that organisations can protect themselves more effectively from hackers, although no defence will ever be perfect it is often enough to make it difficult for hackers so that they move on to another target or end up gaining access to information that is no longer relevant.

There are many other techniques and methods that can be used to mitigate cyberattacks, if you would like to learn more about Cyber-Security and protecting your organisation please contact the Agilent team for specialist advice.