Why Aviation is a Compelling Target for Terrorists 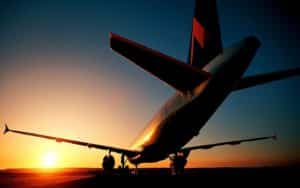 In the wake of the recent counter-terrorism raids in Sydney where two Jihadis were arrested for plotting a meat mincer bomb attack on a flight, it’s common for the public to wonder why terrorists continue to focus on aviation when there are less challenging targets.

This article briefly explains why aviation remains a prized target for terrorists both in Australia and across the world.

The adverse economic effects of terrorism on the tourism sector are felt by all countries that suffer terrorist attacks, regardless of whether these incidents are targeted at tourists or not.

Another thing to consider is the return on investment for terrorists. They only have a certain number of reliable operatives, and usually a limited supply of materials. The recruitment and procurement are among the highest-risk parts of a terrorist cells activities, thanks to informants, surveillance and paper trails of purchases.

Blowing up a train station is a statement aimed at the local authorities, but an attack against an airport or aeroplane immediately rises to the level of an international attack (see point 2 below). This concept holds true in attacks against hotels, nightclubs and tourist attractions globally.

You may have thought that aviation attacks provide an opportunity for terrorists to easily kill large numbers of people, but that misses the point of terrorism.

Killing large numbers in a way that is quickly forgotten is much less useful than killing a few or even none in a way that causes profound ripples of fear and costly overreactions on the part of the target group. Terrorists do not need to organise gun rampages against targets if the occasional low-budget aircraft attack does the trick.

If you would like to learn more about aviation security and the potential impact of terrorism, please contact the Agilent team, Airport security consultants, for specialist advice.