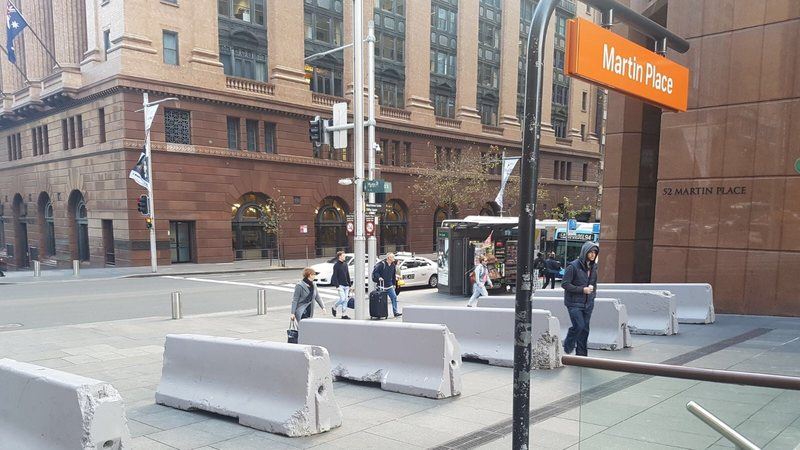 Following recent security events, we are seeing a range of vehicular protection systems installed around our major cities.  If you have recently walked through Martin Place in Sydney or Bourke St Mall and Federation Square in Melbourne, you would have noticed these barricades.

According to the ABC on the 22nd of June 2017 several concrete barricades were erected in Sydney’s Martin Place, just outside the Lindt Cafe, as part of ongoing security reviews and work to defend public spaces from any threats.  More barricades or bollards will be rolled out to other public places of mass gathering in Sydney in coming weeks.

In Melbourne 140 concrete bollards were erected around the CBD to reduce the risk of terrorist acts in eight key pedestrian locations.

These actions followed six people being killed and dozens injured when a car was deliberately driven through Melbourne’s pedestrian-only Bourke Street Mall in January. Attacks where vehicles are used as weapons have been seen all around the world, including in London where a van was driven into a crowd near a mosque. In June, a van also ploughed into pedestrians on London Bridge, and last year a truck struck hundreds of people in Nice, followed by another truck attack at a market in Berlin.

If you would like a quick overview of the need and application of vehicular protection systems such as gates and bollards see here.

We all appreciate the need for such systems, however what are some considerations when implementing vehicular protection systems? This article looks at a few common considerations and standards for ensuring the barricades that are put in place are effective.

When developing vehicular protection systems Agilient suggests that the following 5 principles should be taken into consideration.

1. Base the installation of vehicularprotection systems on a sound security threat and risk assessment rather than on an ad-hoc basis or as a knee-jerk reaction to recent events.

3. Ensure that there is a coherent strategy for deploying vehicular protection systems within a city or streetscape. Priority should be given to achieving aesthetic continuity within the city or along streets, rather than solutions selected solely for the needs of one facility owner or stakeholder group.

4. Provide security in the context of the city or streetscape, while improving the overall aesthetic appearance of the public area, rather than as a separate or redundant system of components whose only purpose is security. Large scale public art, sculptures, planters boxes and feature walls can be used for this purpose. Trenches and mounds can also be used.

5. Provide vehicular protection in a manner that does not impede the commerce and vitality in city or street, nor excessively restrict or impede operational use of sidewalks or pedestrian and vehicular mobility.

There are a range of other informative guides for implementing vehicular protection systems. If you would like to learn more contact the Agilent team for specialist advice.